The Sun was a strange little child,” said Outa. “He never had any Pap-pa or Mam-ma. No one knew where he came from. He was just found by the roadside.

“In the olden days when the men of the Ancient Race—the old, old people that lived so long ago—were trekking in search of game, they heard a little voice calling, calling. It was not a springbokkie, it was not a tarentaal, it was not a little ostrich. They couldn’t think what it was. But it kept on, it kept on.” Outa’s head nodded in time to his repetitions. “Why didn’t they go and look?” asked Willem.

“They did, my baasje. They hunted about amongst the milk-bushes by the roadside, and at last under one of them they found a nice brown baby. He was lying quite still looking about him, not like a baby, baasjes, but like an old child, and sparks of light, as bright as the sparks from Outa’s tinderbox, seemed to fly out of his eyes. When he saw the men, he began calling again.

“‘Arré! he can talk,’ said the man. ‘What a fine little child! Where have your people gone? and why did they leave you here?’

“But the little Sun wouldn’t answer them. All he said was, ‘Put me in your awa-skin. I’m tired; I can’t walk.’

“But when he got near, he started back. ‘Alla! what eyes! Fire comes out of them.’ And he, too, turned away.

“Then a third man went. ‘He is very small,’ he said; ‘I can easily put him in my awa-skin.’ He stooped and took the little Sun under his arms.

“‘Ohé! ohé! ohé!’ he cried, dropping the baby on to the red sand. ‘What is this for toverij! It is like fire under his arms. He burns me when I take him up.’

“The others all came round to see. They didn’t come too near, my baasjes, because they were frightened, but they wanted to see the strange brown baby that could talk, and that burned like a fire.

“All on a sudden he stretched himself; he turned his head and put up his little arms. Bright sparks flew from his eyes, and yellow light streamed from under his arms, and—hierr, skierr—the Men of the Early Race fell over each other as they ran through the milk-bushes back to the road. My! but they were frightened!

“The women were sitting there with their babies on their backs, waiting for their husbands.

“‘Come along! Hurry! hurry! See that you get away from here,’ said the men, without stopping.

“The women began to run, too.

“‘A terrible something,’ said the men, still running. ‘It pretends to be a baby, but we know it is a mensevreter. There it lies in the sand, begging one of us to pick it up and put it in his awa-skin, but as soon as we go near, it tries to burn us; and if we don’t make haste and get away from here, it will certainly catch us.’

“Then they ran faster than ever. Baasjes know—ach no!” corrected Outa, with a sly smile; “Outa means baasjes don’t know—how frightenness makes wings grow on people’s feet, so that they seem to fly. So the Men of the Early Race, and the women with their babies on their backs, flew, and very soon they were far from the place where the little Sun was lying.

“But someone had been watching, my baasjes, watching from a bush near by. It was Jakhals, with his bright eyes and his sharp nose, and his stomach close to the ground. When the people had gone, he crept out to see what had made them run. Hardly a leaf stirred, not a sound was heard, so softly he crept along under the milk-bushes to where the little Sun lay.

“‘Ach, what a fine little child has been left behind by the men!’ he said. ‘Now that is really a shame—that none of them would put it into his awa-skin.’

“‘Carry me, carry me! Put me in your awa-skin,’ said the little Sun.

“So Jakhals lay flat on his stomach, and the little Sun caught hold of his maanhaar, and rolled round on his back.

“‘Where do you want to go?’ asked Jakhals.

“‘There, where it far is,’ said the baby, sleepily.

“Jakhals trotted off with his nose to the ground and a sly look in his eye. He didn’t care where the baby wanted to go; he was just going to carry him off to the krantz where Tante and the young Jakhalses lived. If baasjes could have seen his face! Alle wereld! he was smiling, and when Oom Jakhals smiles, it is the wickedest sight in the world. He was very pleased to think what he was taking home; fat brown babies are as nice as fat sheep-tails, so he went along quite jolly.

“But only at first. Soon his back began to burn where the baby’s arms went round it. The heat got worse and worse, until he couldn’t hold it out any longer.

“‘Soe! Soe! Baasje burns me,’ he cried. ‘Sail down a little further, baasje, so that my neck can get cool.’

“The little Sun slipped further down and held fast again, and Jakhals trotted on.

“But soon he called out again, ‘Soe! Soe! Now the middle of my back burns. Sail down still a little further.’

“‘Help! help!’ he screamed! ‘Ach, you devil’s child! Get off! Let go! I’ll punish you for this! I’ll bite you! I’ll gobble you up! My tail is burning! Help! Help!’ And he jumped, and bucked, and rushed about the veld, till at last the baby had to let go.

“Then Jakhals jumped round, and ran at the little Sun to bite him and gobble him up. But when he got near, a funny thing happened, my baasjes. Yes truly, just when he was going to bite, he stopped halfway, and shivered back as if someone had beaten him. At first he had growled with crossness, but now he began to whine from frightenness.

“And why was it, my baasjes? Because from under the baby’s arms streamed brightness and hotness, and out of the baby’s eyes came streaks of fire, so that Jakhals winked and blinked, and tried to make himself small in the sand. Every time he opened his eyes a little, just like slits, there was the baby sitting straight in front of him, staring at him so that he had to shut them again quick, quick.

“‘Come and punish me,’ said the baby.

“‘No, baasje, ach no!’ said Jakhals in a small, little voice, ‘why should I punish you?’

“‘No, baasje, no, I could never think of it.’ Jakhals made himself still a little smaller in the sand.

“‘Come and gobble me up,’ said the baby.

“Then Jakhals gave a yell and tried to crawl further back.

“‘Such a fine little child,’ he said, trying to make his voice sweet, ‘who would ever do such a wicked thing?’

“‘You would,’ said the little Sun. ‘When you had carried me safely to your krantz, you would have gobbled me up. You are toch so clever, Jakhals, but sometimes you will meet your match. Now, look at me well.’

“Jakhals didn’t want to look, my baasjes, but it was just as if something made his eyes go open, and he lay there staring at the baby, and the baby stared at him—so, my baasjes, just so”—Outa stretched his eyes to their utmost and held each fascinated child in turn.

“‘You’ll know me again when you see me,’ said the baby, ‘but never, never again will you be able to look me in the face. And now you can go.’

“Fierce light shot from his eyes, and he blew at Jakhals with all his might; his breath was like a burning flame, and Jakhals, half dead with frightenness, gave a great howl and fled away over the vlakte.

“From that day, my baasjes, he has a black stripe right down his back to the tip of his tail. And he cannot bear the Sun, but hides away all day with shut eyes, and only at night when the Old Man with the bright armpits has gone to sleep, does he come out to hunt and look for food, and play tricks on the other animals.” 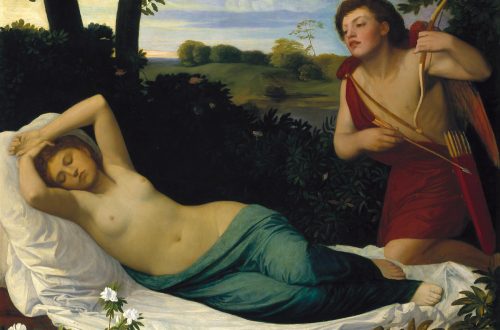 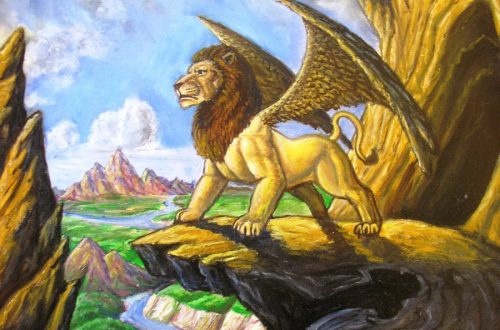 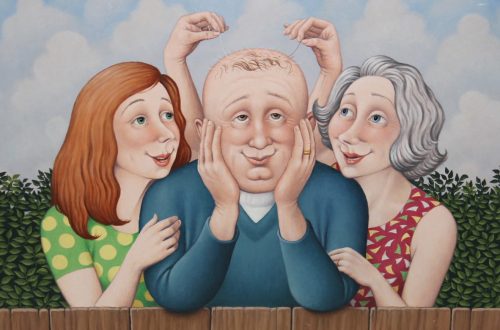