The flames leapt gaily upward in the wide fireplace, throwing strange shadows on the painted walls and gleaming on the polished wood of floor and beam and cupboard. Little Jan basked contentedly in the warmth, almost dozing—now absently stroking the terrier curled up beside him, now running his fingers through the softer fur of the rug on which he lay. It was made of silver-jackal skins—a dozen of them, to judge from the six bushy tails spread out on either side; and as Outa Karel’s gaze rested on them, he remarked reminiscently— “Arré! but Oom Jakhals was a slim kerel! No one ever got the better of him without paying for it.”

In an instant little Jan was sitting bolt upright, every symptom of sleep banished from his face; the book from which Willem had been laboriously trying to gain some idea of the physical features of Russia was flung to the far end of the rustbank; while Pietie, suspending for a brief moment his whittling of a catapult stick, slid along the floor to get within better sight and sound of the story-teller.

“Did the little Dove cheat him?” asked Pietie eagerly.

“No, baasje, the Dove is too frightened—not stupid, baasje, but like people are when they are too gentle and kind and believe everything other people tell them. She was sitting on her nest one day singing to her little children, ‘Coo-oo, coo-oo coo-oo,’ when Oom Jakhals prowled along under the tree and heard her.

“‘Alla wereld! Now I’ll have a nice breakfast,’ he thought, and he called out, ‘Good morning, Tante. I hear you have such pretty little children. Please bring them down for me to see.’

“But the Tante was frightened of Jakhals, and said, ‘I’m sorry, Oom, they are not well to-day, and I must keep them at home.’

“Then Jakhals lost his temper, and called out, ‘Nonsense, I’m hungry and want something to eat, so throw down one of your little children at once.’

“Baasjes know, sometimes crossness drives away frightenness; and Tante was so cross with Oom Jakhals for wanting to eat one of her little children that she called out, ‘No, no, you bad Jakhals, I shall do nothing of the sort. Go away and look for other food.’

“‘If you don’t, I’ll fly up and eat them all,’ said Jakhals. ‘Throw one down at once.’ And he stamped about and made such a horrible noise that the poor Tante thought he was really flying up. She looked at her babies: there wasn’t one she wanted to give, but it was better to lose one than have them all eaten; so she shut her eyes and fluttered about the nest till one of them fell out, and Jakhals caught it in his mouth and carried it off to his hole to eat.

“Ach! but the poor Tante was sad! She spread her wings over her other children and never slept all night, but looked about this way and that way with her soft eyes, thinking every little noise she heard was Oom Jakhals trying to fly up to her nest to gobble up all her babies.

“The next morning there was Oom Jakhals again. ‘Tante, your child was a nice, juicy mouthful. Throw me down another. And make haste, do you hear? or I’ll fly up and eat you all.’

“‘Coo-oo, coo-oo, coo-oo,’ said Tante, crying, ‘no, I won’t give you one.’ But it was no use, and in the end she did what she had done before—just shut her eyes and fluttered round and round till a baby fell out of the nest. She thought there was no help for it, and, like some people are, she thought what the eye didn’t see the heart wouldn’t feel; but her heart was very sore, and she cried more sadly than ever, and this time she said, ‘Oo-oo, oo-oo, oo-oo!’ It was very sad and sorrowful to listen to ‘Oo-oo, oo-oo, oo-oo!’

“Here came old Oom Reijer. He is a kind old bird, though he holds his neck so crooked and looks like there was nothing to smile at in the whole wide world.

“‘Ach! why do you cry so sadly, Tante? It nearly gives me a stitch in my side.’

“‘Oo-oo! I’m very miserable. Oom Jakhals has eaten two of my little children, and to-morrow he will come for another, and soon I shall have none left.’

“‘Because he said if I didn’t give him one he would fly up and eat them all. Oo-oo-oo!’

“Then Oom Reijer was very angry. He flapped his wings, and stretched out his long neck—so, my baasjes, just so” (the children hugged themselves in silent delight at Outa’s fine acting)—“and he opened and shut his long beak to show how he would like to peck out Oom Jakhals’s wicked eyes if he could only catch him.

“‘That vervlakste Jakhals!’ he said. ‘To tell such lies! But, Tante, you are stupid. Don’t you know Oom Jakhals can’t fly? Now listen to me. When he comes again, tell him you know he can’t fly, and that you won’t give him any more of your children.’

“The next day there came Oom Jakhals again with his old story, but Tante just laughed at him.

“‘Ach, no! you story-telling Bushytail!’ she said, ‘I won’t give you any more of my little children, and you needn’t say you’ll fly up and eat them, because I know you can’t.’

“‘Oom Reijer told me, so there!’ said Tante. ‘And you can just go to your mother!’

“My! but Tante was getting brave now that she knew she and her little children were safe. That was the worst insult you can ever give a grown-up jakhals, and Oom Jakhals growled more than ever.

“‘Never mind,’ he said at last, ‘Tante is only a vrouwmens; I won’t bother with her any more. But wait till I catch Oom Reijer. He’ll be sorry he poked his long nose into my business, the old meddler,’ and he trotted off to look for him.

“He hunted and hunted, and at last he found him standing on one leg at the side of the river, with his long neck drawn in and his head resting on his shoulders.

“Jakhals spoke in a little small voice—ach! toch so humble. ‘Oom, please come this way a little: I’m so stupid, but you are so wise and clever, and I want to ask your advice about something.’

“Oom Reijer began to listen. It is maar so when people hear about themselves. He put down his other leg, stretched out his neck, and asked over his shoulder, ‘What did you say, eh?’

“‘Come toch this way a little; the mud over there is too soft for me to stand on. I want your valuable advice about the wind. The other people all say I must ask you, because no one is as wise as you.’

“Truly Jakhals was a slim kerel! He knew how to stroke Oom Reijer’s feathers the right way.

“Oom Reijer came slowly over the mud—a person mustn’t show he is too pleased: he even stopped to swallow a little frog on the way, and then he said, carelesslike, ‘Yes, I can tell you all about the wind and weather. Ask what you like, Jakhals.’ His long neck twisted about with pride.

“Oom, when the wind is from the west, how must one hold one’s head?’

“‘Thank you, Oom. And when the wind is from the east?’

“‘So.’ Oom Reijer bent his neck the other way.

“‘Thank you, Oom,’ said the little small voice, so grateful and humble. ‘But when there is a storm and the rain beats down, how then?’

“‘So!’ said Oom Reijer, and he bent his neck down till his head nearly touched his toes.

“My little masters, just as quickly as a whip-snake shoots into his hole, so Jakhals shot out his arm and caught Oom Reijer on the bend of his neck—crack!—and in a minute the poor old bird was rolling in the mud with his neck nearly broken, and so weak that he couldn’t even lift his beak to peck at the false wicked eyes that were staring at him.

“O! how glad was cruel Jakhals! He laughed till he couldn’t any more. He screamed and danced with pleasure. He waved his bushy tail, and the silver mane on his back bristled as he jumped about.

“Jakhals gave one last spring right over poor Oom Reijer, and danced off to his den in the kopjes to tell Tante Jakhals and the little Jakhalsjes how he had cheated Oom Reijer.

“And from that day, baasjes, Oom Reijer’s neck is crooked: he can’t hold it straight; and it’s all through trying to interfere with Jakhals. That is why I said Jakhals is a slim kerel. Whether he walks on four legs or on two, the best is maar to leave him alone because he can always make a plan, and no one ever gets the better of him without paying for it in the end.” 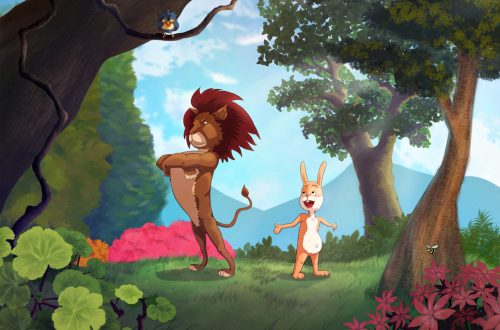 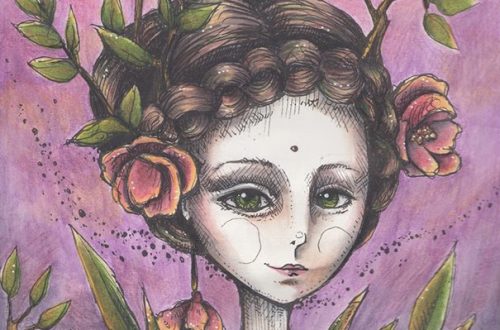 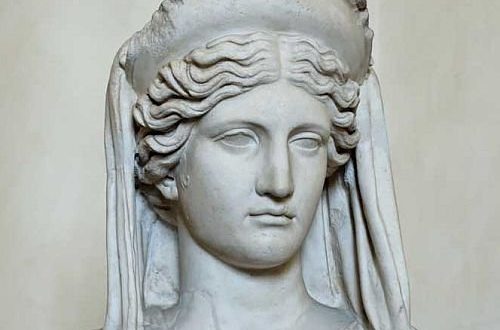